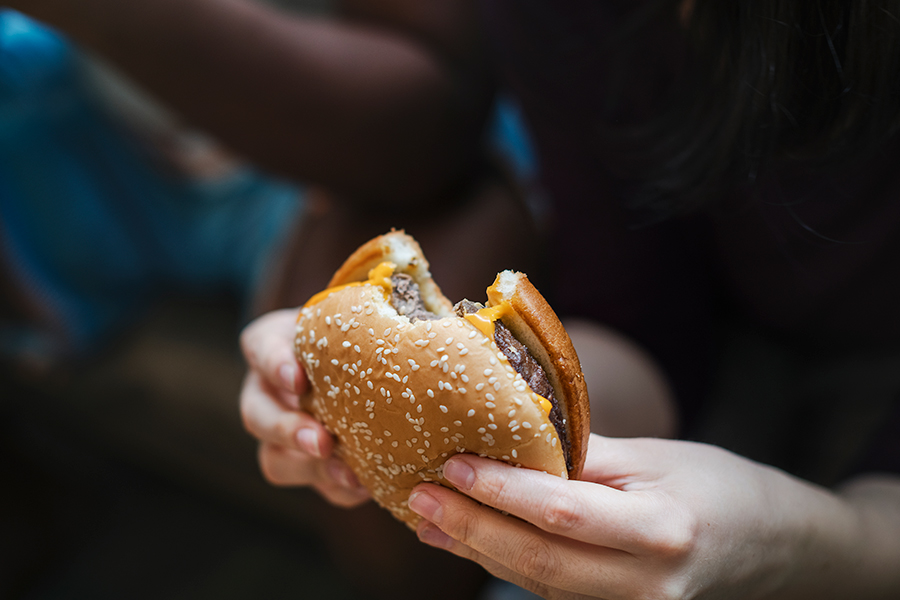 Beyond the alarming figures which, according to GreenPeace, are connected to industrial livestock, responsible for 14.5% of Greenhouse Gas emissions worldwide and 80% for the deforestation of the Amazon, among other things, what negative consequences does the consumption of industrial meat have on human health? Let’s settle some doubts!

There are mainly three critical components of processed meat that make us sick, which can be classified into three types: unhealthy fats, salt, and carcinogenic products such as nitrites and nitrates.

Regarding unhealthy fats, these, in combination with a lack of physical exercise, affect our health, creating excess weight, obesity and cardiovascular illnesses.

The sodium in salt (between 40% and 60% of sodium per gram of salt) is an essential nutrient allowing the body to maintain their ion balance and retain water to achieve a good level of hydration. Meanwhile, a study from the Complutense University of Madrid asserts that the average daily consumption of salt by a Spaniard is 9.7 grams per day, almost double what is recommended by the WHO and more than 3 times above the daily minimum. This excess salt is very typical in what is known as junk food, which tends to use processed meat in its recipes and is responsible for countless illnesses.

Even knowing that nitrates and nitrates are preservative additives that prevent the growth of bacteria and mould, their toxins can be dangerous and lethal for human beings, and the abuse of nitrogen in non-organic farm holdings as fertiliser and pesticides, gives rise to excess nitrites.

Nitrite in and of itself is a chemical species with an acute toxicity that is even worse than ammonia, but it does not evaporate and oxidises quickly into nitrate microbiologically.

The process known as nitrification occurs during the creation of foods (in the case of meat products: during smoking, drying, cooking or frying of these products), storage or inside the human body due to the intervention of nitrification precursors. Its damaging consequences include: cyanosis, cancer or even death. Therefore, is the cure worse than the illness?

On the other hand, the massive use of antibiotics in industrial livestock contributes significantly to the development of resistance to these medications. It is calculated that more than 3,000 people die every year in Spain because of this, and many more suffer complications and reduce their quality of life. In addition, according to the WHO, antibiotic resistance could cause more deaths than cancer in 2050.

Ultimately, unhealthy fats, excess salt, agrotoxic substances, pesticides and the abuse of antibiotics, which are so common in producing processed meat, place human health at risk. But, what is the solution? It is very important to use products that respect both the environment and one’s health, which are cultivated without pesticides, artificial or genetically modified fertilisers, which increase agrodiversity, respect the land’s fertility and take into account animal well-being.

We recommend that you do not skip our article “Everything you do not know about organic meat and its benefits”, in which you will receive more information about organic livestock and all the reasons why you should choose it.

If you are interested in reducing your meat consumption, take a look at our article “Types of meat substitutes, its benefits to one’s health and the planet”.

We also shed a little light on “Why we should avoid pesticides” or the “Standards and Certification for Organic Products”.

We hope that all of this information contributes to improving the quality of your diet, and as a result, your health.

We use cookies to ensure that we give you the best experience on our website. If you continue to use this site we will assume that you are happy with it.AcceptPrivacy policy