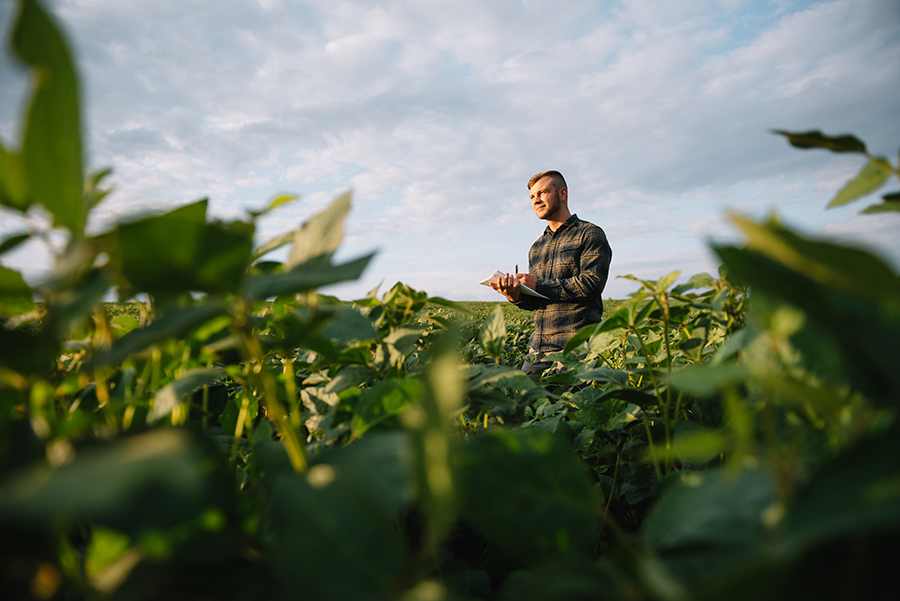 We said goodbye to 2019 with very positive numbers in the international organic sector. The surface area dedicated to organic production around the world is growing non-stop, so much so that in the last 21 years, it experienced a growth of 546%. In economic terms, the market value of organic food around the world, in 2017, already surpassed 90 billion euros.

In this post, we share some interesting data connected to the evolution of the organic sector, which brings us good news and promises hope for the planet.

IFOAM (Organic International & Its Actions Group) revealed in their study “The World of Organic Agriculture” on 10 February 2020, through their annual survey on organic agriculture, that the organic surface area has increased on all continents in comparison to 2017. More than 71.5 million hectares around the world are dedicated to organic production, which represents an increase of 2.9% (2 million hectares).

Organic farmers in the EU

In terms of organic surface area, within the list of organic farmers in the EU, Spain came in first with 2,246,475 hectares (with an increase of 7.8% with respect to the previous year), followed by France and Italy.

Reporting of millions of organic producers

Regarding the competitive difficulty of organic farmers in comparison to those that exist through conventional agriculture and livestock farming, a study created by IPSOS in 24 countries in 2016 revealed that the populations with the greatest willingness to pay more for organic products are those from Asian countries, such as Indonesia (59%), India (59%) and China (58%), which are at the head of the worldwide ranking.

The greater degree of sophistication in consumer taste has boosted the demand for organic products, which represent an alternative for safe and healthy eating. Likewise, it must be pointed out that this is an interesting market due to the fact that its rise offers differential improvements in prices.

As an exception, this can be contrasted with the situation in Japan, where just 13% of those surveyed state that they would pay more for organic products.

Concern for health and environmental commitment are some of the reasons behind the transformation of the profile of the organic consumer, which, increasingly motivated by improving one’s diet and protecting the planet, is committed to products that are responsible with the environment and human health. The organic sector avoids the use of antibiotics in livestock and the use of chemicals and pesticides in agriculture, granting greater food safety, a concern that is growing currently, increased by the consequences of the pandemic caused by COVID-19.

We are very happy to know that the offering of organic products is progressively becoming less of a niche and is turning more and more into a consolidated market. Very soon, more news connected to the organic sector! If you want to stay informed about organic agriculture, don’t miss our blog and/or you can contact us.

Historia previaOrganic consumer profile
Next StoryWhat are superfoods and why are quinoa, amaranth and acai so popular?

We use cookies to ensure that we give you the best experience on our website. If you continue to use this site we will assume that you are happy with it.AcceptPrivacy policy