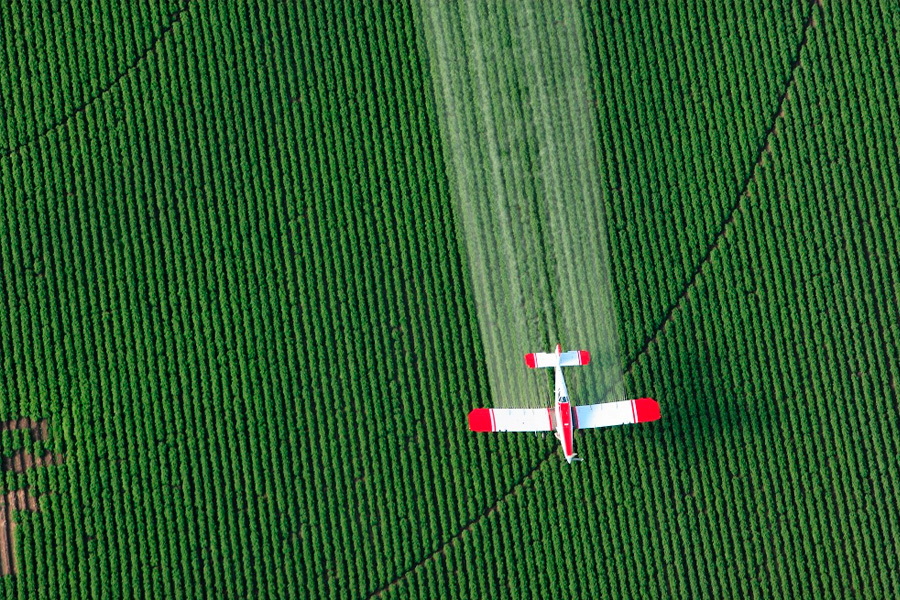 It is paradoxical that pesticides, which are commonly used to protect the crop and the human food, are potentially toxic to both the environment and our health. In this article, we are telling you why you should choose organic products, which protect the ecological systems in order to avoid pollution, while allowing raw materials natural development without genetic modification, additives or pesticides. Certainly, the best option we could choose to save our planet without posing any risk to ourselves.

Did you know that the massive and incorrect use of some insecticides and herbicides causes more than 200.000 deaths a year, especially in developing countries? According to Hilal Elver, and Baskut Tuncak, UN Special Rapporteurs: “It is time to overturn the myth that pesticides are necessary to feed the world… Excessive use of pesticides is very dangerous for human health and the environment; It is also misleading to say that these chemicals are vital to guarantee food safety. ”

Chronic exposure to these practices is related to cancer and other diseases such as Alzheimer and Parkinson, behavioral disorder, hormonal alterations and fertility problems, that could affect the health for those who base their diet around industrialized food. The first harmed are, by proximity, farmers themselves and the communities that live near the plantations. Besides, these substances are also very dangerous for pregnant women and children, which are particularly vulnerable to pesticide exposure.

But the adverse effects of pesticides not only affect humans health, pollute soil, air and water, and put animal species at risk.

Pollution in the soil by pesticides is increasingly serious both for the quantity and diversity and for the resistance that some species acquire to them, which increases the pesticide amount required to obtain the desired effect on the pests. In addition, some herbicides can be mobilized from the soil where they were applied through rains and appear in surface or underground waters, causing nearby crop plants to be affected and have difficulty germinating or developing, and degrading and poisoning the soil.

If we focus on the effects over the water, a study published in Total Environment science’s journal reveals the detection of more than 100 pesticides and 21 medicines in the 29 water courses analyzed in 10 European countries, including Spain. The consequence is pesticides harm the proliferation of pollinating insects and birds that depend on waterways to live.

“The excessive use of pesticides contaminates soil and water sources, causing loss of biodiversity, destroying the natural enemies of pests, and reducing the nutritional value of food. The impact of such overuse also imposes staggering costs on national economies around the world.” the Special Relators conclude.

For people, the presence of these chemicals in the water can lead to a resistance increase to antimicrobial drugs. According to the World Health Organization (WHO) antimicrobial resistance is the ability of microorganisms (such as bacteria, viruses and some parasites) to prevent antimicrobials (such as antibiotics, antivirals and antimalarials) from acting against them. Consequently, usual treatments become ineffective and infections persist. This serious health problem, confirmed by the WHO, causes many infectious diseases, which until now could be treated, become uncontrollable and can spread rapidly throughout the world.

Pesticides adverse effects are one more reason that explains the organic farming rise. This is characterized by the non-use of chemical additives, which are replaced by natural origin products as the main source of nutrients for crops, always seeking a balance between sustainability and production, respecting the nature and consumers health, that stop ingesting harmful substances.

Some organic farming advantages are:

If you want to know more about how to recognize products that care about the environment and animals and people welfare, do not hesitate to read our article “Standards and Certification for Organic Products”. Also, we recommend you not to miss “Organic farming as a CO2 sink”.

Previous ArticleShall we stop eating industrial white bread? Are there alternatives?
Next ArticleOrganic Boosting continues to collaborate with the Xpande 2020 program