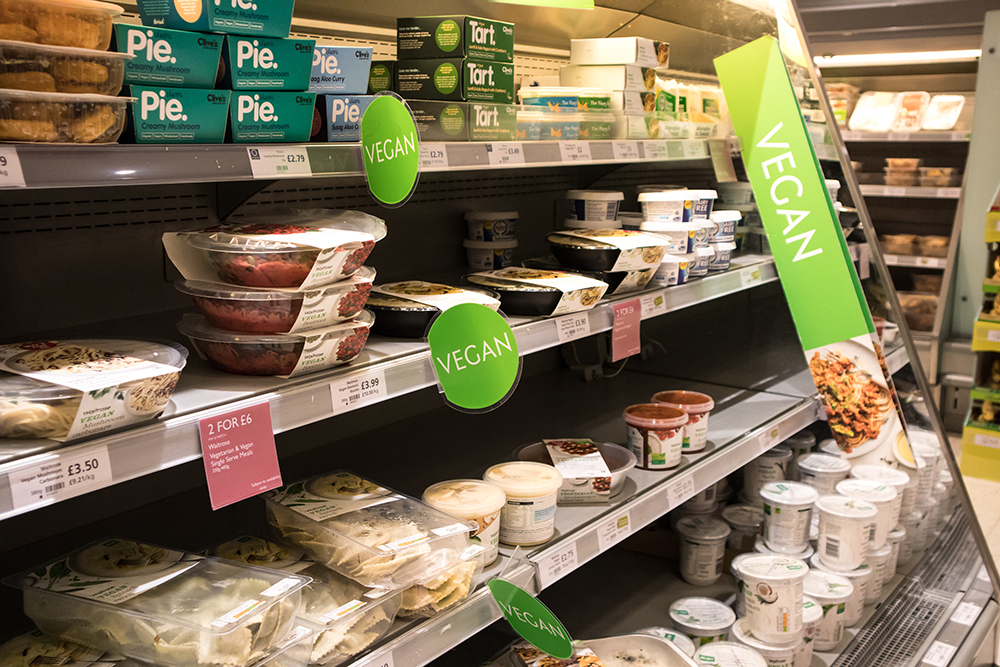 The number of vegans and vegetarians in the world is growing by leaps and bounds, so the range of non-animal products is expanding to cater to booming demand. Organic products are gaining greater acceptance around the world, and supermarkets are dedicating more shelf space to these types of products. In this post we’ll explore some of the different categories of vegan products, a topic of interest to both consumers and supermarkets. All of these categories can be found in our Automated Export Platform for Organic Products. Curious to find out more? Let’s get started!

Vegans and vegetarians know that giving up meat no longer means missing out on the taste of a delicious hamburger, sausage, chorizo, or even black pudding! All these products now have vegetable-origin versions. Ingredients such as seitan, textured soy and tofu are becoming more widespread and combine wonderfully with vegetables, oat flakes, seeds, legumes, spices, and more, to create products with none of the meat but all of the taste of their animal-origin equivalents.

There is already a wide range of options on the market: oat milk with extra calcium; coconut milk; rice milk with cocoa; spelt milk; tiger nut milk; soy milk; almond milk; tiger nut milk with agave syrup; and much more. There are also lots of gluten-free vegan milk substitutes which are in high demand by consumers with coeliac disease or gluten intolerance.

Many vegetarians are reluctant to become vegans because they don’t want to give up the delicious taste of a fine cheese, but those times will soon be behind us: supermarkets are now offering delectable vegan cheeses – made from raw cashews and other ingredients of vegetable origin – with varieties to tempt every palate. Some of the most sought-after vegan cheeses are truffle vegan cheese, smoked vegan cheese, and vegan cheese with olive oil and garlic, although simpler recipes are also in great demand.

Who doesn’t enjoy a tasty ice cream? Vegans who eat gluten and those who don’t are united in not wanting to miss out on the refreshing taste experience of a flavorful ice cream. There is a wide range of vegan ice creams on the market today, including flavors such as almond and cinnamon, chocolate, cookies and cream, hazelnut, mango and passionfruit, and strawberry.

That’s the end of our blog about categories of vegan products. Remember that you can find them all in Organic Boosting. And, of course, our products are all organic and environmentally friendly, qualities that we know vegans and vegetarians value highly. See you in the next blog post!

Previous ArticleWe continue to collaborate with the Xpande Program: 2021 Season. Destination Bahrain.
Next ArticleOrganic fruits and vegetables, classification, why to choose them, benefits and seasons.