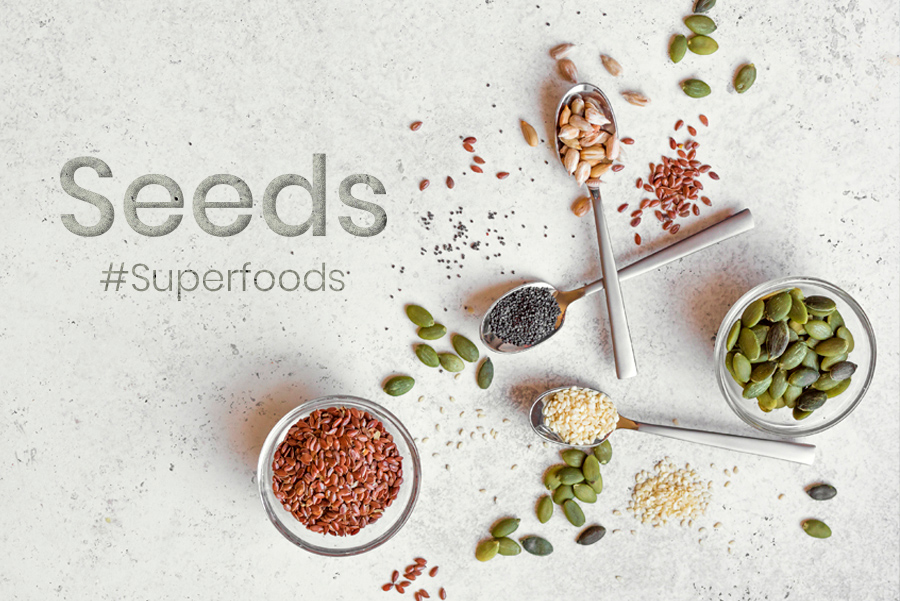 There are many who are joining what has now become a food revolution. Superfoods are what everyone is talking about and there is no doubt that certain seeds have taken on a leading role if we delve into this area. In this post, we will tell you about what they are and what benefits you can find in chia, flax, pumpkin, sunflower and millet seeds. If you want to know a little more about them, you’ve come to the right place!

Seeds are nutritionally very similar to grains. They are inside the fruit of the plants or grains, and can also be found in pseudograins like amaranth and quinoa. These grains, when in adequate conditions, germinate and create a new plant of the same species. There are multiple species suitable for human consumption.

What benefits do seeds have for one’s health?

Even though they have been used by ancient cultures, it’s only been fairly recent that seeds have become popular in the West, now, well, it’s a big thing! It is not strange then that these foods are full of nutrients, provide a lot of energy and have a lot of health benefits. Generally, they are a good source of fibre, unsaturated fats and minerals. Furthermore, the majority of them provide antioxidants in the form of polyphenols.

What are the most popular seeds?

Chia, flax, pumpkin, sunflower and millet seeds are some of the ones most requested by lovers of organic food. We’ll tell you more about them! 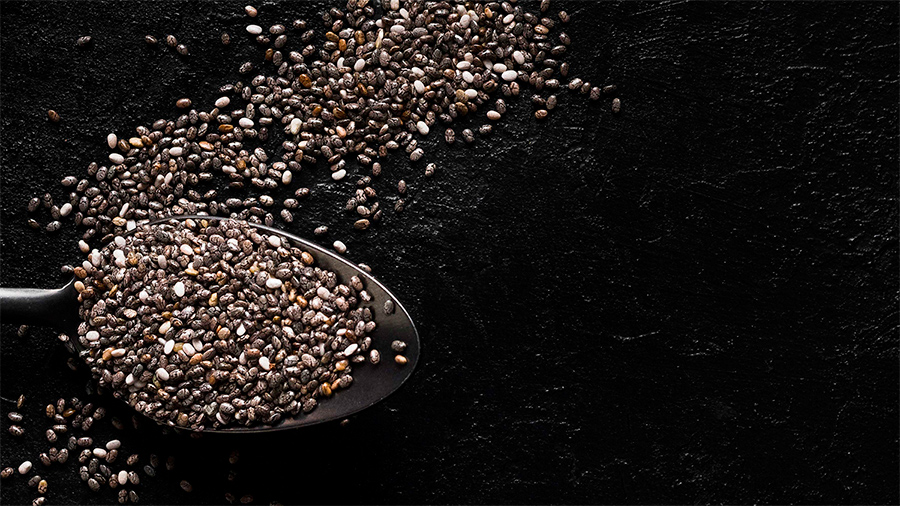 Chia —scientifically called Salvia hispánica— is native to central Mexico and Guatemala. Its nutritional and medicinal attributes were known by the Aztecs long before the arrivals of Spaniards in the Americas, its seeds being considered a treasure for warriors. But what are the benefits of chia seeds?

Studies carried out by the Autonomous University of Yucatan in Mexico show that chia seeds increase the sensation of fullness, which contributes to consuming less food.

Chia seeds are rich in antioxidants, which turns them into a functional food. Also, they prevent certain inflammatory and nervous disorders, help preventing cardiovascular diseases, and… they’re gluten free!, so they can be consumed by the majority of the population.

Their high amounts of protein, antioxidants, dietary fibre, vitamins, minerals and omega-3 oil in comparison to other natural sources, explain why they are so popular worldwide and thus their increased demand. It is highly regarded in many countries in Europe, the United States, Canada, China, Malaysia, Singapore and the Philippines, being attractive for many demographics and allowing its markets to expand day after day. 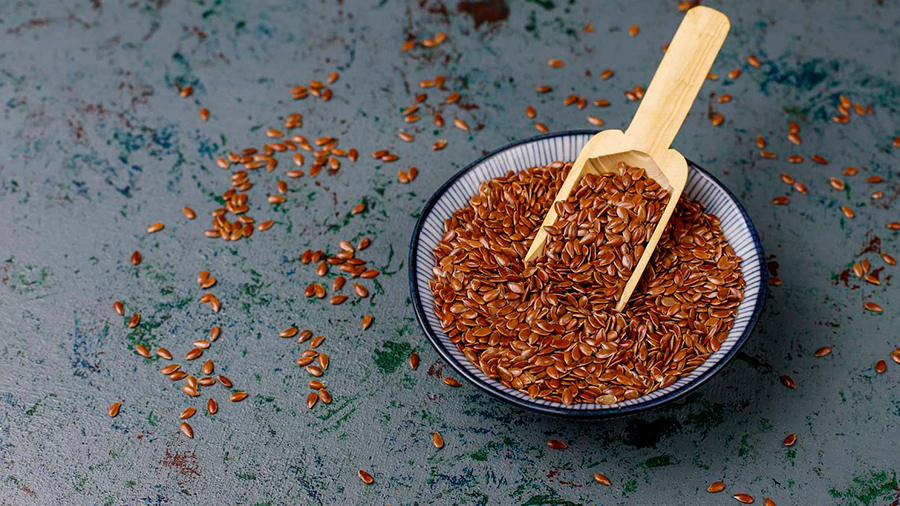 Flax is a herbaceous plant from the linaceae family. It has been harvested for a very long time, as this plant was already known more than seven thousand years ago in Babylonia, and it is known that it was grown in Egypt in the 4th century B.C.

Here’s an interesting piece of trivia! In the 8th century, the king Charlemagne (King of the Franks and Emperor of the West) was a strong proponent of the benefits of these seeds, so much so that he demanded his loyal subjects to eat them, and even passed laws to ensure this. 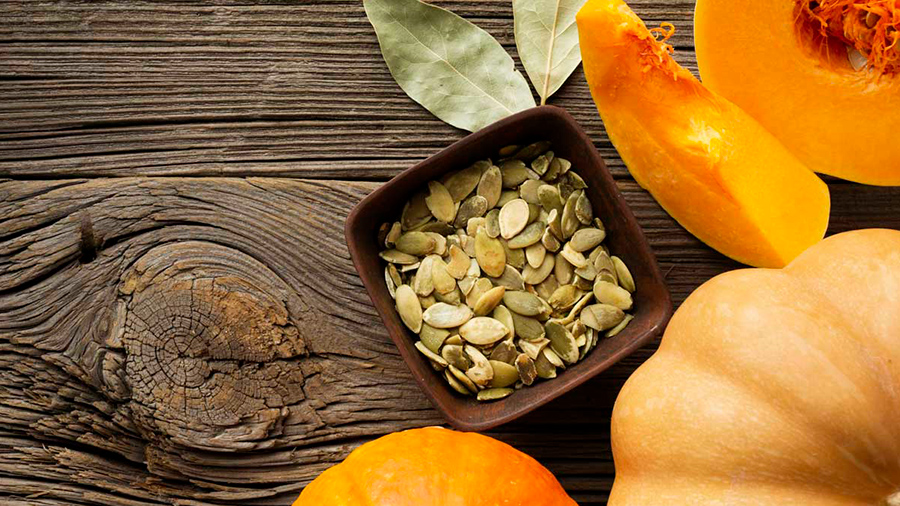 It is believed that pumpkin is the first plant cultivated in Mesoamerica; the oldest date known is about 10,000 years ago. The pumpkin seed is an edible seed from the fruit of certain species of the Cucurbita genus of the Cucurbitaceae family which has been dried.

Pumpkin seeds are a food rich in vitamins A, K and B3 and stand out, like most seeds, for their richness in omega 3 and omega 6, minerals, phytonutrients and dietary fibres.

A study carried out at the Technological Institute of Tuxtepec in Mexico investigated the functional properties of pumpkin seeds, showing that their antioxidant effect slows cellular ageing, reducing the risk of suffering from different degenerative diseases. 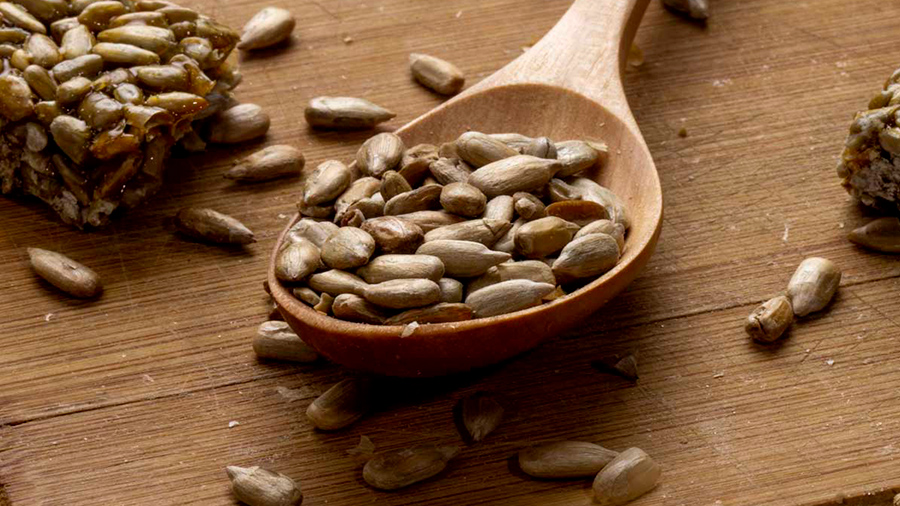 These are seeds of the plant from the Asteraceae family, and the Helianthus annuus L species. The sunflower plant is native to America and certain archaeological remains date its harvesting back to the year 3,000 AD in Arizona and New Mexico. This is a very complex food, offering vitamins, minerals, fibre, protein and healthy fats.

The many benefits of sunflower seeds include their high contribution of calcium, making them an ideal food for those who do not consume dairy products and need to increase the contribution of calcium in their diet. In addition, they improve brain function thanks to their high content of phosphorus and magnesium, and they are a good food supplement for joggers, as they contribute to optimal muscle contraction and reduce the risk of injury. 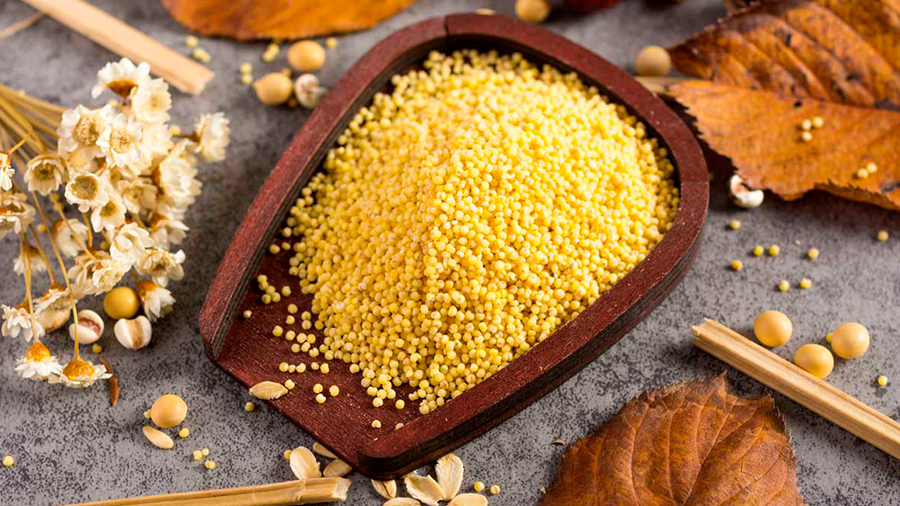 This food is recently gaining notoriety. It originates from central Africa, although its use has extended throughout other places in the world like India, China and certain points of Europe for millennia.

Millet is a grain that provides a lot of energy and could be a substitute for pasta or rice in your diet. Its protein contribution is similar to wheat, but it provides more iron, in addition to B vitamins, vitamin A, and other minerals, in addition to the aforementioned iron; like magnesium, phosphorous and silicon.

This superfood has been considered a recurring option for vegetarians looking to improve their nutritional balance and for people trying to find products to watch their weight. Like the other seeds mentioned, it is a good food for those with coeliac disease.

We hope this information helps you learn a little more about these seeds which are so beneficial to human health. Very soon there will be more information about superfoods!

Previous ArticleWhat are superfoods and why are quinoa, amaranth and acai so popular?
Next ArticleOrganic eggs, benefits for animals and human health